Project lists help to sort project spaces the company is currently applying for access to, as well as those where access has already been granted. There is a total of four project lists:

Depending on the list, further information and or categories will be shown that further differentiate between the status of the project, e.g. projects where access has been denied by the public authority or where the time to accept an invitation has elapsed. 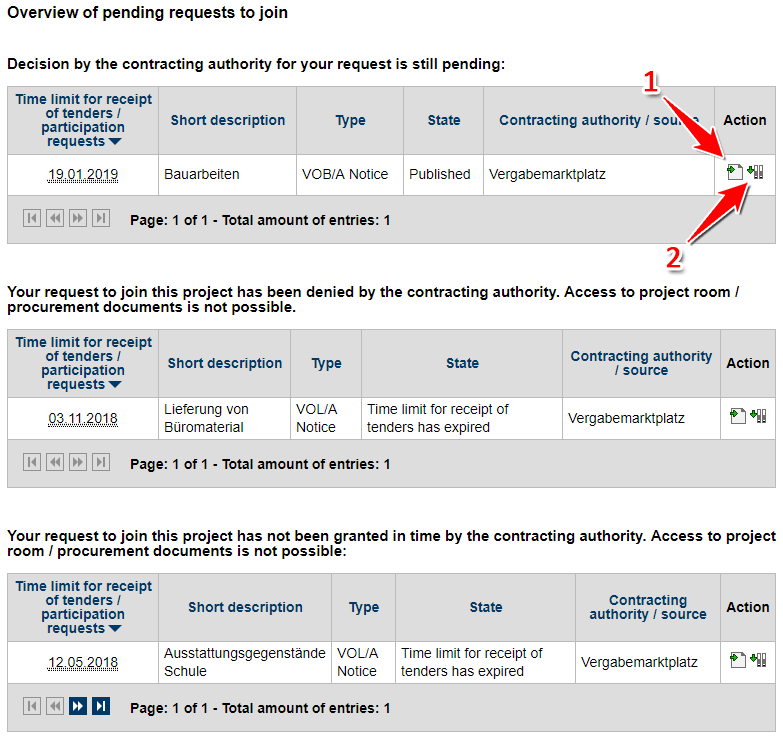